Joe Biden, Robert DeNiro, and counting.  Dinky Donny and Sarah Huckster Sanders take no responsibility for their provocative rhetoric.  Instead, they blame the media.  (Of course.)

We do not have a presidential administration running our government.  We have an unsupervised brat running a Twitter feed.  We had better do something about it, soon.  Say, November 6th. 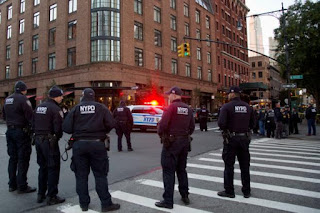 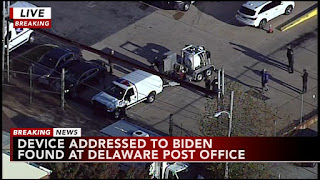 Sarah Sanders ✔@PressSec
.@realDonaldTrump asked Americans “to come together and send one very clear, strong, unmistakable message that acts or threats of political violence of any kind have no place in the USA” Yet you chose to attack and divide. America should unite against all political violence.
CNN Communications ✔@CNNPR
Statement from CNN Worldwide President Jeff Zucker:

After pipe bomb scare, Trump asks rally, 'Do you see how nice I am behaving tonight?'


REFERENDUM!  We must do better than this!  Vote the bastards out, now and again in 2020.