On a somewhat lighter note than child incarceration at the border, but still disturbing, here are two more head-scratchers from our Trivial Tyrant. 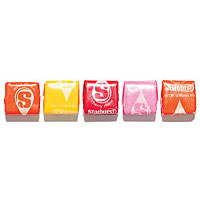 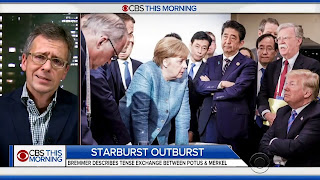 Starburst Outburst.
Foreign relations journalist Ian Bremmer reports that Trump didn't want to be at the recent G7 meeting in Canada, which explains his petulant behavior.  He arrived late and left early.  He had to have his arm twisted by the other six world leaders before agreeing to sign the Joint Communique ending the get-together.  But then he stood up, took a couple Starburst candies from his pocket and threw them on the table toward Angela Merkel, saying, "Here, Angela.  Don't say I never gave you anything."  Shortly after, Trump disavowed the agreement and withdrew his support. 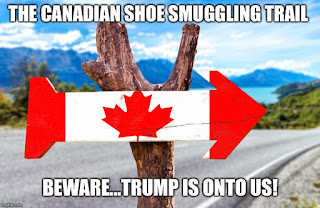 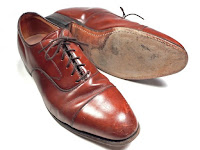 Canadian Shoe Smugglers.
Speaking to group of small business owners, Trump flogged NAFTA and claimed, as he always does, that America is being treated "horribly, very unfairly."  He tried to illustrate his point by bizarrely asserting that Canadians are coming to the U.S. and smuggling American goods back into Canada to avoid Canadian tariffs.  He said they often smuggle in shoes -- "Buy 'em in America, then wear them.  Scuff 'em up.  Make 'em look old or sound old."  Shoes?  Scuffed shoes?  Where does he come up with this stuff?  And wouldn't the practice he described short-change Canada of its tariffs to the benefit of American retailers?
Posted by Buster at 6:54 PM