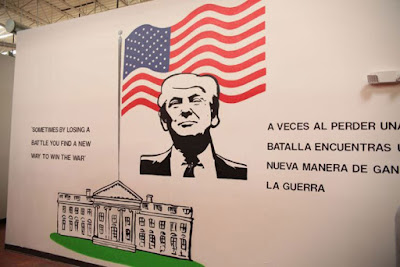 Which outrage?  (So many, I know.)  Trump's zero-tolerance, family-separating, child-incarcerating, racist, anti-immigration policy.  Seeking asylum and a better life, brown people arriving from south of the border aren't merely refused entry by U.S. agents.  No, they're immediately arrested and jailed, and their children are taken from them.  The kids go to their very own kiddie jail.  The one in Brownsville, Texas holds 1500 kids.  They get two hours outside each day.  They spend the other 22 hours of the day contemplating a mural image of Trump while wondering what the fuck happened to their parents.  Soon, many detained children may spend all day outdoors.  Trump is planning "tent cities" to hold the huddled masses in the broiling border heat.  Holy shit!  Shades of Joe Arpaio and internment camps for Japanese-Americans!

This is not America.  This is unspeakably cruel, abhorrent beyond belief.  It's a total 180 from past policy and it's utterly unnecessary.  Both Beauregard Sessions and Quasimodo Huckabee Sanders say that the U.S. is merely enforcing the law, and both bizarrely claim that "it is very biblical to enforce the law."

Bullshit!  We're not governed by the Bible.  And we have no law mandating migrant children be taken from their parents and jailed.  It's just policy -- Trump's policy.  And it's new.  He doesn't have to do it, but he wants to do it.  He likes doing it.  Because he's a mean, nasty cocksucker and a corrupt fraud who must be removed from office ASAP, by any means necessary.

The GOP has been silent on this matter.  They sold their soul and no longer exist in any meaningful form, having been completely consumed by Trumpistopheles.

Nevertheless, please write your Congressman/Congresswoman, even the Republican ones, and demand an end to this inhuman and unjustified policy.  Speak out!

Then vote them out!  Fuck 'em! 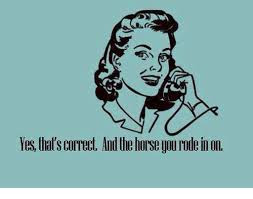