What Would Warren Do? 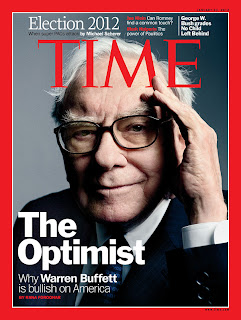 
The words and wisdom of Warren Buffett:

DON'T LOWER CORPORATE TAXES
"The idea that American business is at a big disadvantage against the rest of the world because of high corporate taxes is baloney."

LEVY HIGHER TAXES ON THE RICH
Buffett would like to see people who earn their money from investing pay more than those who earn it through labor.

CURB SPECULATIVE GAIN
The idea that you can hold a stock for 10 seconds and have 60% of your gains taxed as "long term" is nuts, according to Buffett.

GET TOUGH ON DIRECTORS
They should forfeit five years' pay if their firms have to be bailed out; CEOs and their spouses should be on the hook for their personal net worth.

GET RID OF PRIVATE SCHOOLS
He says (only half-jokingly) if there were fewer of them, more rich rich families would invest in public K-12 education.

REFORM HEALTHCARE
It's "a tapeworm in America", one that cuts competitiveness far more than taxes do.